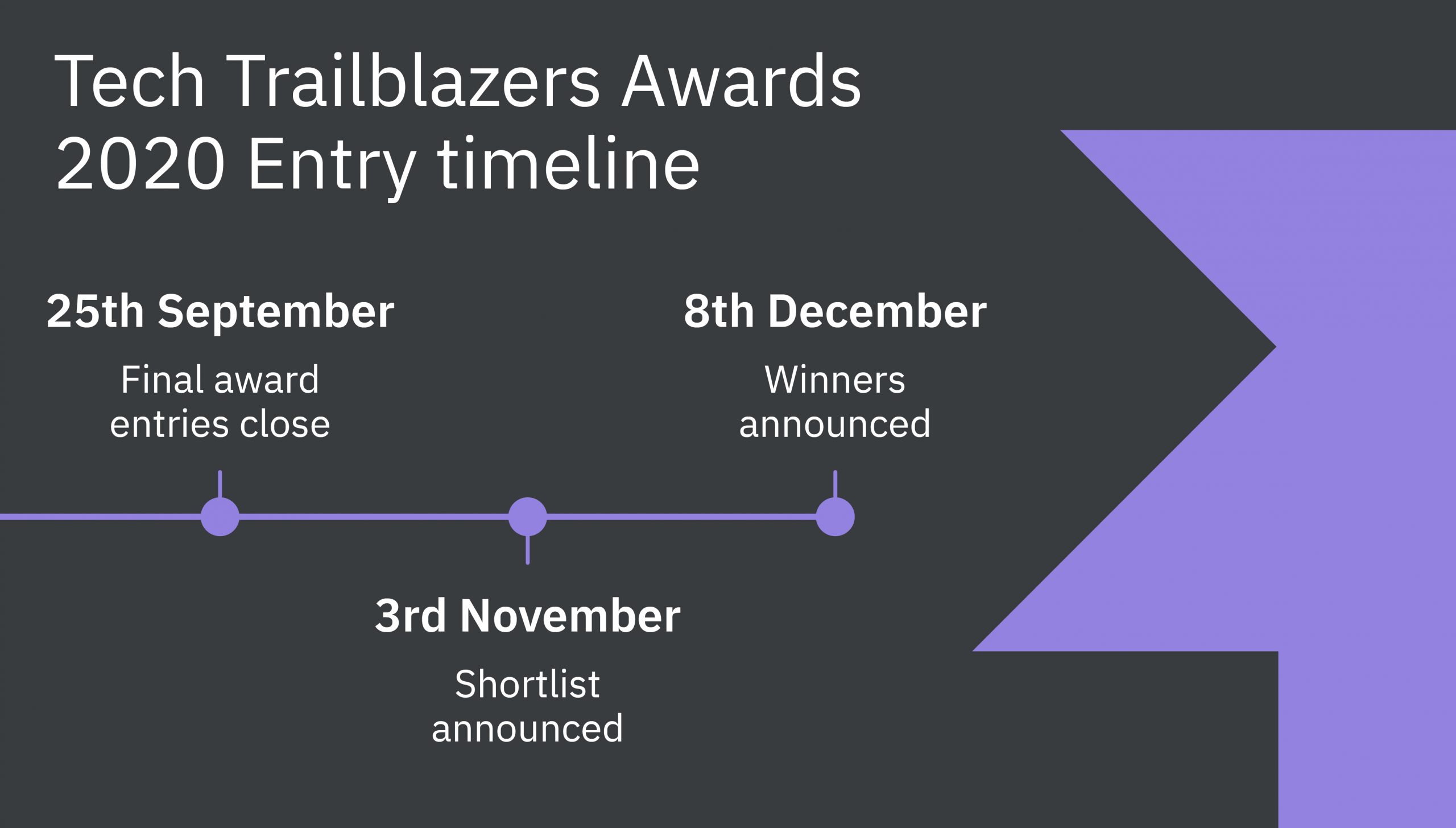 It would be natural to think that in these challenging times of coronavirus and lockdowns that Enterprise Tech startups might be struggling. Reassuringly, a bumper number of entries to the Tech Trailblazers Awards, which saw an increase of over 50%, seems to indicate that even more startups in the enterprise tech space are continuing to take positive steps to gain the recognition from awards like these in order to stand out from the startup crowd when it comes to seeking investment, clients and potential acquirers.

The number of entrants has been the highest ever for the Awards, seeing a considerable uptick since 2019. Perennial favourite categories such as cloud and security stayed strong and in fact increased from last year, particularly security which saw an increase of almost two thirds. However, it’s been the rise of the AI and early stage startup Firestarter categories which have more than doubled since last year helping to fuel the upsurge in entries.

Unlike a lot of awards, the Tech Trailblazers Awards has never relied on physical events, which can be expensive for the entrants to attend. “We are very fortunate that there has been no need to pivot in the face of the restrictions brought about by COVID-19,” says Rose Ross, Chief Trailblazer of the Awards, “and now more than ever startups are understanding the value in the recognition from entering an awards like the Tech Trailblazers to help them survive and ultimately thrive in these challenging and ‘interesting times’. The increase in numbers is also due to new partnerships and our partner eco systems support in spreading the word.”

Previous entrants who have found success in the awards agree. “Winning a reputable award in the industry doesn’t do unnoticed by investors, it doesn’t go unnoticed by customers,” says Evan Blair, Co-Founder & VP Global Channel Sales, ZeroFox, the winner of the Security Trailblazers Award in 2014.

Nathan Burke, CMO of Axonius which was a runner-up in the Security category in 2019, recommends that startups take awards seriously. “Although it seems like it’s just a vanity thing, awards and recognition really, really matter,” he says.